Passionate about building
a company based on
vision and science

Winfoor is a spin off from the Lund University, Sweden. Behind the company is a multidisciplinary group of researchers from the fields of mathematics, fluid mechanics and structural mechanics. The team is passionate about taking new scientific research results to new and better technologies for the wind power industry, and to accelerate the transition to greater use of renewable energy worldwide.

Winfoor is a forerunner within the field of rotor blade technology. Our flagship product, Triblade, is a disruptive technology for large scale wind turbine rotor blades. The unique technology is a 3-in-1-blade that dramatically reduces the cost of production and transportation, and makes blades much lighter.

A long-standing trend is that wind turbines get bigger and bigger. Up to 30% of the turbine cost is the rotor cost alone and more than half of that is material. Furthermore, there are major problems associated with transportation and production of blades and these problems grow with the blade length. 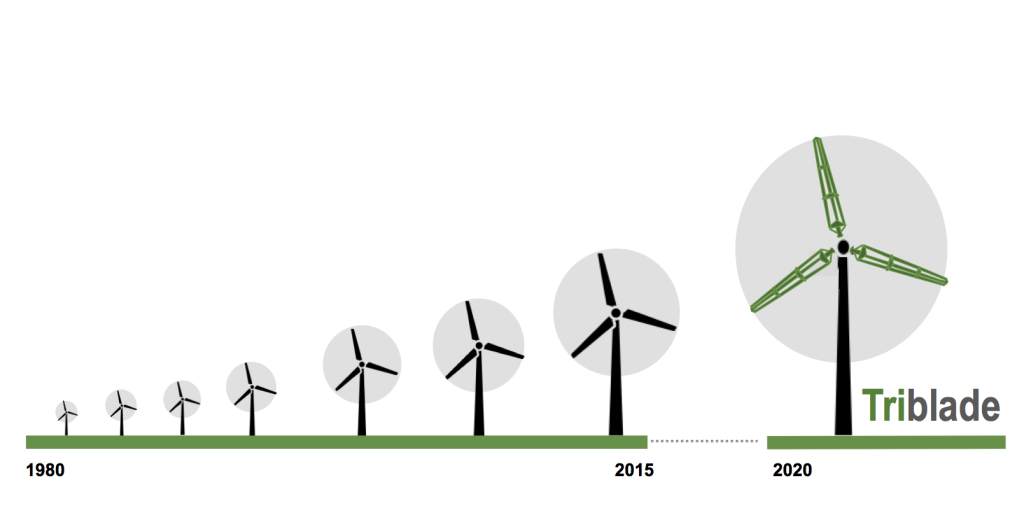 “Triblade can become as revolutionary for wind power as touch screens have been for mobile phones.”
Alessio D’Alesio, Head of Blade Development VESTAS Blades.

“GAMESA would like to express its strongest support for Winfoor and their promising technology.”
Mauro Villanueva Monzón, Technology Development Director, GAMESA